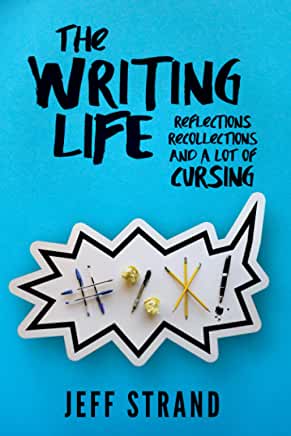 Time for another Five For Writing. This time I interview the talented and prolific Jeff Strand. A Stoker nominee and the many-times MC of the Stoker Awards, Jeff has written over fifty novels, including Wolf Hunt, Dweller, and Clowns Vs. Spiders. (I won’t tell you who to root for in that one.) Several of his books are currently in development as motion pictures. It is with great pleasure that I give you this interview with one of the funniest people in horror, Jeff Strand.

1-Pressure is one of your signature novels. With Deathless, you’ve gone back to that world to write a sequel. What brought you back?
The time just felt right. I’d actually started writing a sequel shortly after the Leisure Books paperback edition came out in 2009 (three years after the Earthling Publications hardcover), and I even read the prologue at the World Horror Convention,but then scrapped that version and put the idea aside for about a decade. Every once in a while I’d think, “Maybe I should consider writing that Pressure sequel” and then I’d work on something else instead.

I’d started an original novel, which I abandoned after a couple of chapters (something I do fairly frequently) but there was the germ of an idea in there that I suddenly realized would be a perfect way to continue the Pressure story. I thought, well, I’ll keep this in mind and work on it in my spare time, then I got too excited and e-mailed Paul Miller at Earthling and said, “Hey, if I wrote a follow-up to Pressure, would you be interested?” He was, very much so, and then I was committed!

2-Do you prefer the horror or the humor aspect of your writing?
I don’t really have a preference. What tends to happen is that if I’m writing a really joke-heavy comedy, like my young adult novels, I’ll start to wish I was working on something more serious, where I didn’t have to sustain that joke-joke-joke pace. And when I’m working on something more serious, I’ll think, “Wouldn’t it be fun to be writing something really goofy?” From a marketing perspective, my books that are more straightforward horror/thriller have sold better than the more comedic stuff, so if I was forced to choose between horror or humor and wanted to keep being a full-time writer instead of crawling back to a day job, I’d choose horror. If everything sold equally well, I’d probably go with humor. Fortunately, I get to do both. 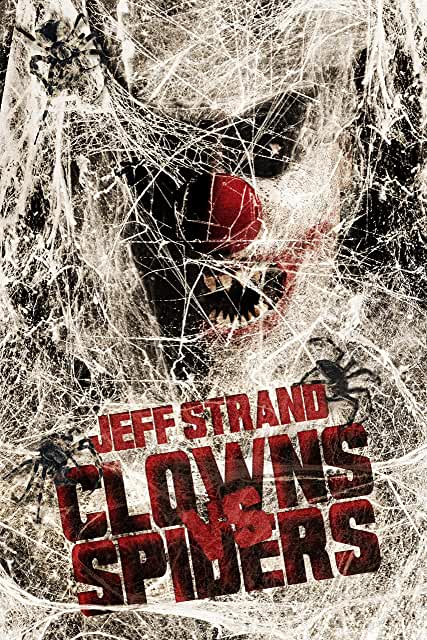 3-Clowns or spiders? Which are more frightening, and why?
I’m not sure if I should admit this, but I don’t find clowns the least bit scary. Don’t get me wrong—I love scary clowns! They’re one of my favorite monsters! But they don’t scare me at all. I just think they’re way cool. Spiders, on the other hand, are terrifying beasts. I don’t run screaming out of the room if I see a spider, but I flinch and let out a tiny yelp if one crawls on my arm. When I walk through a spiderweb, there&#39;s always that moment of horror of gaaaahhhh what if it’s scurrying through my hair??? If I woke up in the morning and a tarantula was on my chest, I’d let out a silent scream and then my heart would give out and that would be the end of me. I don’t know why. They’re just scary, okay? I don’t see YOU letting tarantulas crawl all over your bare skin.

4-You wrote a memoir of your writing career thus far called The Writing Life: Reflections, Recollections, And a Lot of Cursing. What inspired you to do that at this stage in your career?
Well, it’s been a long time since I was a newbie, and I’ve got a lot to say about the subject. I’d done a presentation at a few writers’ groups called “Stick With It: Sustaining Your Writing Passion in a Brutal Business” and I thought it might provide the framework for an interesting book.

In January 2020, I was on a socially distanced vacation in a cabin in Florida, and I thought, “I’m on vacation, I can write something fun without worrying about the commercial prospects!” and I wrote up a few of the anecdotes I wanted to include. May 2020 was going to be the 20 th anniversary of my first published novel, so I thought it would be nice to have the book out that month to celebrate this momentous occasion. I didn’t even come close to making that goal. I decided, instead, to time the book to my 50 th birthday, which was December 2020. Surely at fifty years of age I’d accumulated enough wisdom to justify writing the book. It’s emphatically not a book about the craft of writing—it’s called The Writing LIFE for a reason. I also wanted it to be funny and entertaining enough that people with no interest in becoming authors could still enjoy it.

5-You are one of the most prolific authors in the horror genre. How do you choose what to write next and keep it fresh?
I try to mix things up, so if I write a supernatural horror novel like Allison, I’ll follow it with a contemporary thriller like The Odds, and then a much more comedic novel like Cemetery Closing (Everything Must Go), and then a coming-of-age 1979-set thriller like Autumn Bleeds Into Winter. I definitely don’t want to write the same book over and over. Usually the process starts with me saying, “What horror trope haven’t I tackled yet?”  Then I try to come up with a twist. So with my upcoming book Creep Out, it was, okay, I haven’t done a scary ventriloquist dummy novel, and I’ve never seen one of those that was written in the “survival horror” genre. Then I try to write something that is different from my other books but still very clearly a Jeff Strand novel. Every once in a while I’ll veer away from the genre entirely with something like Kumquat or Bang Up, but that&#39;s always a one-off before I return to horror.

Many thanks to Jeff for taking the time to answer these questions! And tune in next week when I talk to noted video game scribe Heidi McDonald about romance in games and more!

A long time ago, back when giant ground sloths roamed the earth and you had to code HTML by hand to update your web page. I used to run a series of interviews with writers on this site. The series was called Five For Writing, because I cannot resist a pun and a sports joke at the same, and featured short, five question interviews with writers of fiction, video games, and tabletop RPGs. It ran for a couple of years and I had a lot of fun doing it, but the upkeep became onerous and I let it lapse.

But what goes around comes around, and it’s time for Five for Writing to return. I’ll be starting the series back up in the very near future. Interviews are already lined up with writers like Jeff Strand, Anna Megill, Lucien Soulban, Maurice Broaddus, Justin Achilli and more. So once again you’ll get answers to all sorts of questions from all sorts of writers. I’m really looking forward to it. I hope you are, too.

I had a great time talking with the guys over at the Necrocasticon. We talked horror, video games, World of Darkness…and Bigfoot.

For those of you who are unaware, I am cheerfully obsessed with Bigfoot, and the possibility thereof, to the point of having attended the North Georgia Bigfoot Conference in 2019. Needless to say, this did not go well – from a VIP party that was lacking any of the VIPs or any semblance of a party to an appearance by North Georgia’s only Bigfoot-themed teenaged band to the rantings of a self-proclaimed demon hunter who wanted the world to know that Mothman, in his words, was “pure evil.” Why he was ranting about Mothman at a Bigfoot conference is beyond me, but there you have it.

Anyway, the highlight – or lowlight – of the weekend was not the talk from the lady who claimed that Bigfoots (Bigfeet?) came from flying saucers, nor the guy who claimed the government was hunting Bigfoots from black helicopters, nor the woman who said she communicated psychically with Bigfoots and let her kids and grandkids play with the Sasquatches out on the back 40. No, it was the Bigfoot expedition Sunday.

And if you listen in, you can hear all about how Jeff Strand and I went Bigfoot hunting in North Georgia.