Bracken MacLeod writes some of the most gut-wrenching horror and suspense out there. He’s also one of the nicest guys I’ve ever met. The author of Stranded, Closing Costs and more, he is fearsomely bearded and awesomely gifted. This week, he sat down to answer five questions about subjects as diverse as gaming and toxic masculinity. For your reading pleasure, I give you Five For Writing with Bracken MacLeod. 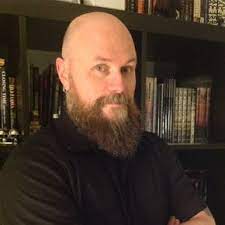 1-What drives a man to give up a perfectly reputable career like the law to focus on something as disreputable as writing?

HA! The reputability of law is questionable at best. They’re both essentially storytelling professions. I wish I could tell you that a trial is a quest for the truth; it’s anything but. There isn’t a jury in America, or probably the world, that deliberates with true detachment based solely on the quality of facts presented in evidence. People want to be persuaded by a narrative and a character they can relate to and believe in. Trying a case is taking arguable facts, and attempting to build a story around them so to convince twelve people they ought to buy your version over your opponent’s. Given the kinds of cases I used to handle, I much prefer making up my own stories with purely imaginary stakes. As a writer, if I tell the tale unconvincingly, the worst that happens is a poor review.

2- Toxic masculinity is a theme you’ve examined in your work. Why did you choose to explore that?

Since I don’t write about supernatural monsters as much as I do real people in variably plausible situations, toxic masculinity is the kind of antagonistic force that haunts my imagination most when I’m imagining horror/thriller narratives. I think Bell Hooks put it perfectly when she wrote, “[A boy] learns that his core feelings cannot be expressed if they do not conform to the acceptable behaviors sexism defines as male. Asked to give up the true self in order to realize the patriarchal ideal, boys learn self- betrayal early and are rewarded for these acts of soul murder.” My newest book, Closing Costs, confronts this by depicting someone who is abusive and violent, but also completely unprepared for his manhood to be challenged or outdone in any way. His fragility is the source of his violence and suffering for everyone around him. 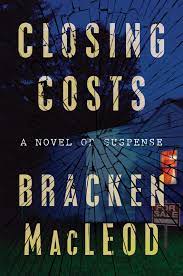 The consequences of a toxic derangement of the essence of a man’s emotional and intellectual wellbeing are at once as predictable and unpredictable as a game of Russian Roulette. Here’s something inerrantly destructive. We know that gun is going to go off eventually. What we don’t know is exactly when, or who is getting killed. Let’s play!

All of my books are issue driven. You don’t have to be tuned in to any particular issue to enjoy them, but if you are, I hope it helps the reader view something from a perspective that provides some insight.

3-You’ve published two highly successful collections of short fiction. Do you prefer short stories or novels, and why?

Novels, by far. They’re easier. I’m only partially kidding. Short stories are fun and I get to explore themes and situations I couldn’t in commercial novel length work, but what I really like to do is deep dive into emotional character experiences. The best place for me to do that is over the course of a novel. A short story and a novel can both have real hard impact, but I find it a lot harder to make that moment of emotional resonance really hit hard when you’ve barely gotten a chance to know a character. 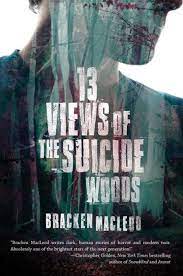 4-You’re an avid gamer. What’s the appeal of gaming to you?

The biggest attraction is collaborative story-telling. I DM a 5e D&D game for my son and wife and some friends of ours, as well as an irregular Mörk Borg game with a bunch of other writers in my social circle. (Sometimes I get to be a player, but not often.) It’s such an amazing time to sit with engaged friends and create stories together. I’ve been playing tabletop RPGs since I was eleven or twelve, and had to take a long hiatus from play while I was practicing law (another reason to quit!). I never realized how much I missed it until I decided to try to teach my kid how to play.

I play video games too, but that’s a different animal. It’s participatory, but not all that collaborative when it comes to story. Then again, sometimes, you just gotta run and gun through waves of space demons with glowy swords.

5-What do you want to see in horror fiction that you haven’t seen yet?

That’s such a difficult question. Mostly, I want to see more of what I’ve seen too little of—stories that center the people and traditions that don’t often get the spotlight in traditional horror. Films like Get Out, the new Candyman, and The Vigil are perfect examples of what we need a lot more of in literature as well as cinema. Stories about traditionally overlooked people and cultures in their own stories, instead of as side characters and “exotic” threats for the same kind of protagonists we always see.

Huge thanks to Bracken for taking the time to give such thoughtful and thought-provoking answers! Until next time…