Evan Skolnick is the go-to writer when it comes to learning about writing for games. An established and talented writer himself, he also teaches a legendary tutorial at GDC and is a professor at the University of Silicon Valley. Plus, he’s written an exemplary book on game writing, Video Game Storytelling.A former comics writer for Marvel, Evan has seen it all, done it all, and written it all. Now, without further ado, Five for Writing with Evan Skolnick: 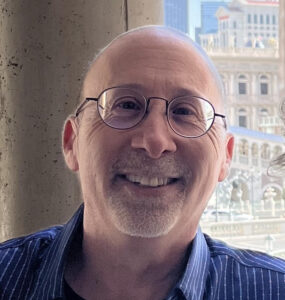 1-How did writing for comics inform your game writing?

As most folks reading this probably well know, writing for games is a whole other animal vs. writing for more traditional media such as comics, movies, TV, novels, and so forth. Although I entered the game industry in 2001 as a producer, I almost immediately began contributing narrative content to many of the games in our studio.
And I had so much to learn about writing for this new (to me) medium! There really was no such thing as a dedicated “game writer” back then, and the term “narrative designer” was years off as well. There were no books or guides on the subject in those days. So, like many folks during that time, I was kind of on my own, figuring it
out as I went.

During this process, while I had a lot of new things to get my head around, there were some elements from my comics-writing background that did prove helpful. The first was that I noticed a significant crossover between super hero comics and video games in terms of the power fantasy aspect, and that both media forms often
included elements of science fiction or fantasy. The visual storytelling aspect of comics, including that age-old Hollywood maxim of “show don’t tell”, is quite applicable to many games. And squeezing a lot of story
into a small space — the art of being concise and economical with your storytelling — is definitely shared across the two media forms.

Finally, comics are a collaborative medium, and so that helped prepare me for the same aspect in games.

2-You teach game writing at the University of Silicon Valley and give an acclaimed storytelling tutorial at GDC. What’s the secret to teaching people game writing?

There are two separate audiences for these two examples, so I have two different
answers.
For GDC, it’s a one-day tutorial, and the audience members span all game development disciplines. So in that brief time I have with them, I focus on simply recognizing that game narrative is always a cross-discipline team effort, and try to give the developers in that room some basic storytelling knowledge to help them become better narrative collaborators, regardless of their role on the team.

At USV, though, the audience for our game writing and narrative design curriculum consists of aspiring game designers and writers, and it’s multiple semesters as opposed to just a single day. So it’s about giving these students capability and experience in as many real-world game writing and narrative design challenges as
they’re likely to face in the industry. I draw heavily upon my own 20+ years in game development to come up with these lessons, exercises, situations and challenges — for example, working in pre-established IPs, writing cutscenes, barks, and lore items, world-building, character development, choice design, voice recording support, collaborating with other team members, planning and scoping a game’s narrative elements, and so forth.

I’m not sure there’s a single “key” to teaching game writing, but the principle I probably emphasize the most is that game storytelling is an enhancement to gameplay, and should be working to elevate it, not elbow it out of the way or stomp all over it.

3-What does it feel like to have a game you’ve written (Cuphead) translated into a TV show? 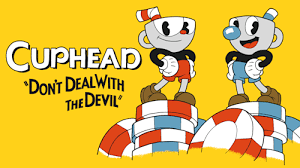 Well, I didn’t create the world, characters or story structure for Cuphead, so I’m probably not as emotionally attached to this IP as one might expect from just looking at the credits. I came on late in the project, as we game writers often do, and so my job was to help the team — who already had a very clear vision of the game
they wanted to make — tell the story they wanted to tell.

It was a lot of fun, Studio MDHR was wonderful to work with, and I feel fortunate to be associated with what ended up being such a successful, high-profile game. But am I surprised that Netflix didn’t consult the game writer to participate in the animated show’s planning or write scripts? Absolutely not.

4-What advice do you have for aspiring game writers?

I get asked the “how do I become a game writer” question so often, a while back I wrote a blog piece providing my own answer. I think it still holds up! 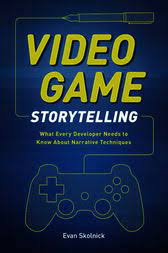 5-What says good game writing to you, and how do we get more of it?

So many things are involved when it comes to good game writing, starting with itbeing good writing, period.

But that said, you can’t just hire any writer for this. If you take an award-winning writer from another medium and just drop them into a game project, they’re likely to struggle because there are so many unique aspects to game narrative development. It’s a bit like when F. Scott Fitzgerald tried to take his novel-writing skills to Hollywood toward the end of his career — just because he was a great novelist, it didn’t necessarily follow that he could adapt those skills to writing for the screen. It’s like that, but multiply the differences by a factor of five.

Unlike in more traditional media, where (in theory at least) “story is king”, game writing is generally a support role. This is a foreign concept to writers who are used to kicking off the creative process or simply handing off a script. Good game writing is expertly woven into the gameplay experience and enhances the player’s enjoyment. It adds powerful emotional stakes to what could otherwise feel like empty and repetitive gameplay experiences. When done right, it’s an intensively collaborative process across nearly the entire team.

So how do we get more of it?

Fortunately, it’s already happening. We’re getting more and more strong game writing, thanks to the increasingly accepted reality that having professional game writers and narrative designers involved and empowered throughout the process is the path to a better result.