Greensboro’s Stephen Mark Rainey is a celebrated author and editor in the horror genre. The guiding light behind the legendary Deathrealm magazine, he has a new short fiction collection coming out entitled Fugue Devil: Resurgence. He’s also a regular contributor to the Ameri-Scares series for young readers, and has written in the Dark Shadows universe. He’s also exceedingly generous with his time, and it is my pleasure to share with you  his Five For Writing! 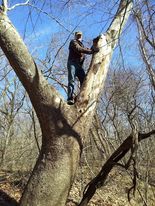 1-Your upcoming short fiction collection is titled Fugue Devil: Resurgence. What’s the link to the original “Fugue Devil,” which is now 30 years old?

“Fugue Devil,” the novelette, which I wrote in 1991 (and kicked off my original short fiction collection, Fugue Devil & Other Weird Horrors, from Macabre Ink, in 1992), was based on the most intense night terror I had as a youngster. It involved the appearance of a critter I found so horrific it actually traumatized me for a spell. The first time it appeared in the dream, I woke in a cold sweat — a weird sensation I’d never experienced before and never have since. Once I fell back to sleep, the dream continued right where it left off. I woke two more times, with the same result. The events in the story are nothing like those in the dream (which I still remember as clearly as any waking memory), but those crucial manifestations of the Fugue Devil itself are all there. The tale is what I might call faux folklore, and over the years, I ended up 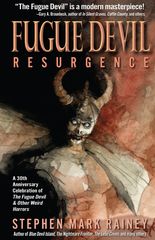 connecting it with other stories I wrote. Fugue Devil: Resurgence features the original novelette as well as its sequel, “The Devil’s Eye,” which takes up the story many years after the events of the first. The book also includes my story, “Threnody,” which is similarly based in faux folklore, and features more than a touch of what I guess you could call Lovecraftian horror. I’d written “Threnody” several years before “Fugue Devil” and rather unwittingly provided an origin story for the latter. So although each story is a standalone, taken together, they reveal a more detailed, fleshed-out chronicle of both the horror itself and the fictional locale. Some of the other stories in the collection, while not overtly related, are set in the same location — a rural community in southwestern Virginia.

2-You write for the Ameri-Scares series for young readers. What’s the appeal of writing horror for youngsters? 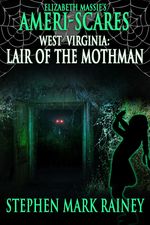 There’s definitely a sense of getting in touch with your inner kid. At first, that sounded pretty easy because my inner kid is one dominating young bastard. It did feel a little awkward simplifying the prose to mid-grade level, but once I became acclimated to it, getting into the stories has been great. I was able to set several of the books in places that I know well or have visited regularly — such as Georgia, Ohio, and Michigan. When I was writing my first book in the series — West Virginia: Lair of the Mothman — I went to Point Pleasant, WV, home of the legendary Mothman, for several days and, from the moment I arrived, found myself steeped in the lore. It was one of the most fun projects I’ve ever worked on, and — like all the Ameri-Scares books — I think it works as well for adults as it does for young readers. Prior to the pandemic, the Ameri-Scares series was being developed for television. Sadly, though, like so many properties, it didn’t stand up to COVID-19. That was a bit of a blow for both Elizabeth Massie and me because it had gone so far into production at the time. Regardless, the book series has continued to move forward, and I just finished my latest — Georgia: The Haunting of Tate’s Mill. It’s set in Gainesville, GA, around Lake Sidney Lanier, which is reputedly haunted. My mom grew up in Gainesville, and I spent a lot of time there with my grandparents over the years, so it’s a location I know well. I went back recently to research settings for the book, and I think that really paid off.

3-You edited Deathrealm magazine for a decade. What was that experience like, and would you ever go back to editing again?

Deathrealm offered more ups, downs, and all-arounds than I could begin to describe in a reasonable amount of space. As a teenager, I had started a fanzine (Japanese Giants), which I ended up passing to a couple of other editor/publishers. It continued for several years and, having been so involved with that, I decided to try my hand at an honest-to-god fiction magazine. That was in late 1986/early 1987. I had the resources to produce professionally typeset copy, which in those days was unheard of. From the start, things went swimmingly for the magazine and, over the years, it grew by leaps and bounds. It featured everyone from first-time writers to the most well-known authors in the field. In the early days, I published the magazine entirely on my own, but when I was laid off from my job in 1992, I lost my typesetting resources. Happily, another publisher picked it up, and Deathrealm received a whole new lease on life. That went on for a couple of years, and then that publisher decided to move on. Still another publisher stepped in — 1994, I believe that was — and in those next few years, Deathrealm hit its high mark. Every issue appeared on the newsstand shelves, the contributor list was impressive as hell, and the magazine looked freaking beautiful. However, getting it out there on a regular schedule took a hell of a toll. I couldn’t fit in much of my own writing, and there were troubles on the home front. The nail in the coffin was when our distributor to Barnes & Noble and other major chains went belly-up. That was a financial hit we couldn’t just absorb and keep going. So, in 1997, the publisher and I agreed it was time to retire Deathrealm. We did it right — we made the situation known up front, published every story we had acquired, and paid all our debts. I loved seeing Deathrealm on the shelves, and I loved the editing aspect. The business part, though, had become so overwhelming that my time actually editing was minuscule compared to the time I spent playing salesman, marketing expert, advertiser, accountant, and collection agent. I would never put myself through that again. I’ve edited a handful of anthologies, and I’ve pitched an all-new Deathrealm anthology a couple of times. There was even a deal with a well-known publisher to make it happen a few years back, but things ended up going south at the last minute. It’s a project I’d definitely consider reviving. But I don’t think I could deal with managing a regular publication, even digital, and continue to maintain a positive life balance.

4-How was the experience of writing something for Dark Shadows? 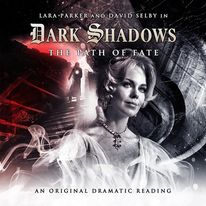 In my youth, I was a knocked-out, diehard Dark Shadows fan, and my love of the show continued well into adulthood. Having the opportunity to write a licensed novel for the franchise was something of a dream come true. I loved the creative part, and collaborating with Elizabeth Massie was a joy. Our respective styles and methods of working complemented each other wonderfully. And then writing audio drama scripts for Big Finish’s Dark Shadows audio series took the enjoyment to a whole new level. Now, that said, anytime you’re doing media tie-in work, there are challenges — such as, in our case, working with producers and a publisher who never much communicated with each other and whose requirements of us writers sometimes conflicted. Even with an agent, getting paid in timely fashion — or at all — was not the world’s easiest task either. I can’t deny the novel experience dampened my enthusiasm for Dark Shadows for a time, but that was short-term. I really did enjoy the creative aspect of working in the Dark Shadows universe, and I suppose I’d do it again if invited. I recently did the production work for a new nonfiction Dark Shadows book, and I must say that loved the experience. I also have an essay about my Dark Shadows experiences coming up in a new nonfiction volume, due very soon.

5-You are a self-described avid geocacher. What’s the appeal?

I discovered geocaching — a kind of treasure hunt using GPS technology — in 2007, found my first geocache in early 2008, and I’ve been a geocaching addict ever since. Since I was a youngster, I’ve loved getting out in the woods, hiking, and especially finding unusual things. Geocaching opens the door to all that and then some. Through geocaching, I’ve discovered the most fantastic locations I’ve ever experienced — many close to home but that I’d otherwise never even know about. Going after caches gives me a solid goal when I’m hiking or traveling, which I definitely appreciate. And it’s been a healthy activity. I credit caching for prompting me to quit smoking. When I first started caching, it became clear that I could either smoke or get out there and undertake rigorous physical challenges. I opted for the physical challenges. That was well over a decade ago, and I’ve never regretted that decision. Now, I do love what some consider more “extreme” geocaching, which often involves climbing way up in trees or other high places, or going down in storm drains, underground labyrinths, and such, sometimes for miles. Caching underground sure cured me of my arachnophobia — I’ve ended up in enclosed spaces filled to the brim with big honking spiders (and/or black widows), a prospect that once would have paralyzed me with terror. Now, not so much. And I have had a couple of close brushes with copperheads, one of which chased me for a while. That makes for a hell of an adrenaline rush, I can tell you. My geocaching experiences have been fantastic inspirations for writing fiction, that much is certain.

Many thanks for the great answers! This interview was truly a pleasure to do, and I look forward to renewing acquaintances with the Fugue Devil. Until next week, when I’ll be bringing you Five For Writing with rising splatterpunk author Jeremy Megargee!