Devil’s Creek is a stunning novel, mixing backwoods folk horror with Lovecraftian cosmicism. Its author, Todd Keisling, is a great guy and a very talented writer. He was kind enough to sit down for a five question interrogation, and so without further ado, here’s his Five For Writing 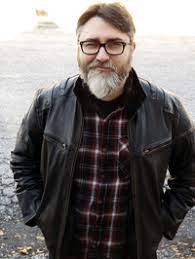 1-How did you get into writing?

I think it’s been in my blood for as long as I can remember. My dad has a photograph of me sitting at my granny’s typewriter when I was six or seven years old. Storytelling is something I’ve always done, no matter the medium. My interests varied throughout childhood, but there was always a creative element to it, and I gravitated toward making something and giving it a story. Comics, video games, movies, books—I went through a phase where I wanted to make something with each, either making up my own stories or writing continuations of other stories I loved. When I was in 2 nd grade, I made a comic adaptation of The Legend of Zelda. In 4 th grade, I attempted a comic adaptation of Evil Dead 2 (one of my favorite horror films). Sometime around 7 th or 8 th grade, I tried to write a novel adaptation of Final Fantasy 6 (I made it as far as the World of Ruin). Unfortunately, those early pieces of fan fiction are lost to time, but that’s where it all started, I think. By the time I got to high school, my interests had turned to film, and I wrote a short screenplay for a story that had been bouncing around in my head after the tragedy at Columbine. My senior year, I adapted that script into a novel; the following year, in college,
that novel won 2 nd place in my university’s writing contest. Got paid $200 for that prize. I’ve been chasing the dream ever since.

2-How does where you live affect your writing?

Where I live now doesn’t have much of an impact on my writing. Pennsylvania has been mostly good to me. That said, growing up in Kentucky greatly affected my writing, something I’ve only come to terms with in the last five years or so. Maybe it’s therapy, or maybe it’s just the process of aging, but I’ve spent a lot of time looking back at the events that shaped me into who I am today. I lived in Kentucky for 22 years before I finally escaped. In that time, I learned everything the hard way, growing up as an outcast, geeky goth kid who wanted a place to fit in. I was bullied, mocked, and abused by a social system that favored conformity, sports, and popularity. I just didn’t belong there, and I didn’t have a chance to leave until after I’d finished college. My life has only improved since then, but I dip back into that well of experience whenever my writing calls for it, because that kind of pain has an often-overlooked benefit: empathy. 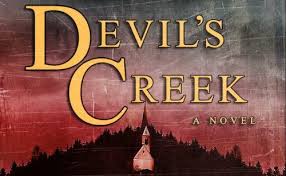 3-You mixed the rural and the cosmic to great effect in Devil’s Creek. How did you come up with that pairing?

I fell in love with cosmic horror when I was a teenager. Lovecraft, mostly, and some Chambers. Although Lovecraft’s pantheon captivated me, I had a hard time relating to the predominantly New England setting, and I sometimes daydreamed about writing a cosmic horror story set in my hometown. What if there’s a pantheon that exists adjacent to Lovecraft’s, only instead of it being coastal, it’s further inward? Something ancient buried in the woods instead of buried at sea? A living, seething corruption from another dimension instead of a massive tentacled monstrosity. I stewed on that concept for years until the plot of Devil’s Creek finally came together. I had no idea if it would work; it’s so vastly different from contemporary cosmic horror, leaning more into the small-town tropes put in place by King (by design—Salem’s Lot was a huge inspiration), but I had to give it a shot. The book is more straightforward horror than I’d hoped, but I’m happy with the result.

4-You do cover art and design for numerous publishers. Does being an author impact your process for that?

I think so. I’ll explain, even at the risk of sounding pretentious. Every author knows the cover is important. It’s that first impression with a reader, before they’ve even read the synopsis, so the cover design must make that connection. It should be provocative, easy to read, attention-grabbing. You could argue that a great cover is like a good hook in the first paragraph. The same goes for a book’s interior. I approach the interior with the goal of continuing the “visual conversation” that begins with the cover. If it works the way I hope, the reader is met with a visual experience that is contextual with the story they are reading. Most folks probably don’t even notice, or if they do, it’s on a subconscious level, but the idea is to create a design that enhances the mood of the text. Together, they set an expectation that this book is going to be something special, one the reader will remember for years to come. Knowing how important that connection is from an author’s perspective helps inform the overall design. 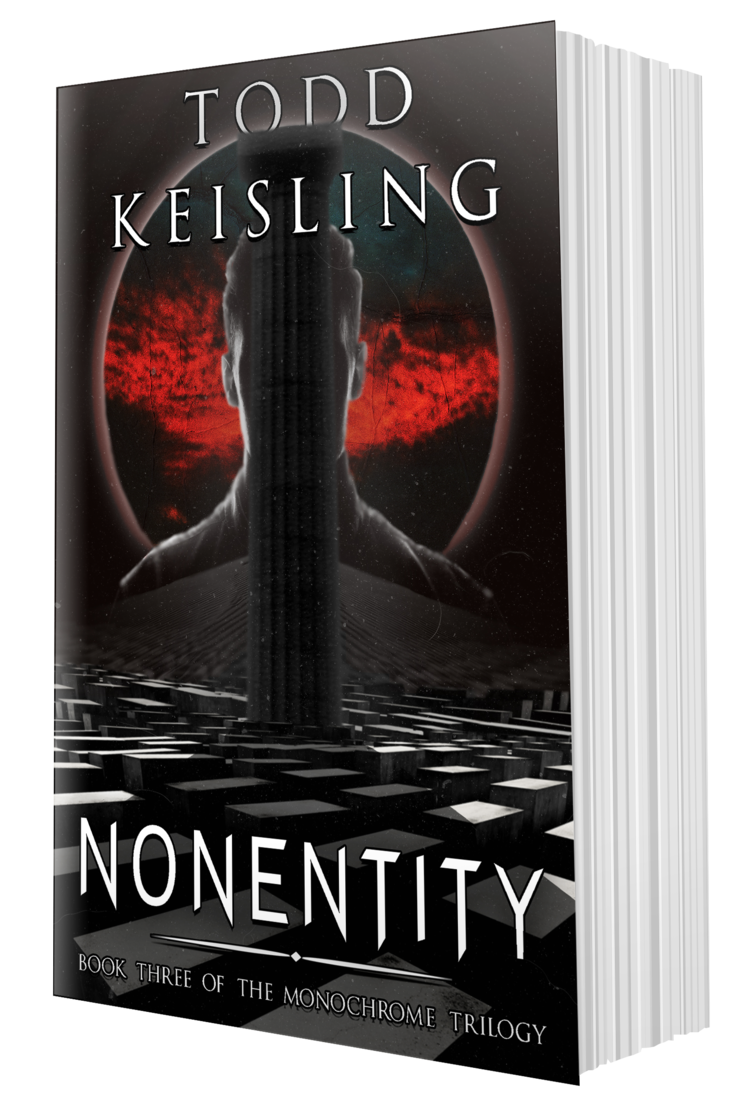 5-There was a big gap between books two and three of the Monochrome trilogy. What made you decide to pick that back up?

So, there’s a short answer and a long answer. The short answer is, I didn’t plan on it being a trilogy. The long answer is, I didn’t realize I needed to write a third book until performing some necessary and heavy revisions to book two. My longtime editor, Amelia, put it bluntly: either write another two hundred pages to justify the ending I’d originally written for book two, or write a third book. I chose the latter and proceeded to spend the next several years stressing over what the third book needed to be.

As more time passed, the less I felt inclined to write it, and for a long time I told myself I wouldn’t. I’d moved beyond the series, my writing had evolved, etc. But after I finished Devil’s Creek, I felt like I’d reached a watershed moment in my writing career, and I wanted to start the next phase with a clean slate. That meant finishing that one book I’d abandoned. I reviewed my notes to see what could be salvaged, which turned out to be more than I expected. I also made a list of things that had to change in the first two books to make the third work. In the end, I revised books one and two to set up the plot of the third. It was a lot of hard work and heartache, and while I don’t plan on writing a linear series ever
again, I’m glad I finished it. I can look back with pride and say, “I did that.”

So there you have it, straight from the source. Huge thanks to Todd for taking the time to provide such thoughtful answers.