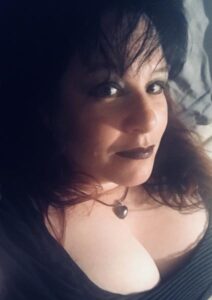 1-You’ve staked out romance in games as territory you’re very comfortable in. How did that come to be?

Also, if “choice for choice’s sake with no real change or impact” could die in a fire, all of game writing would be better off.

5=Why the obsession with pirates? Is it a Pittsburgh thing?
Actually, no. I’m from Pittsburgh, but not a baseball fan. The only sport I follow is ice hockey (Let’s Go Pens!). The pirate thing started for me in 2003 with the original movie Pirates of the Caribbean: Curse of the Black Pearl. The ride at Disney World had always been my favorite, and when the movie came out, it was everything I thought a movie should be in a way that I hadn’t experienced since my favorite movie, Raiders of the Lost Ark. When the second Piratesmovie came along, I and the kids dressed as pirates to see it the first night. That movie had a lot more actual lore in it, and when I went to research how much of it was fictional and how much was not, I ended up learning a whole lot about actual Caribbean piracy and became an accidental expert because I was really interested in the stories. Right around this same time, I started going to GDC as a conference associate (CA), and the CA’s often wear quirky hats, so I wore a pirate hat. Someone dared me to wear the hat during my conference talk — anyone else, I’d have told them to get bent, but it was Jason Vandenberghe, and when the Dark Lorde dares you to do something, YOU DO IT. Then I ended up in all kinds of pictures with it on, and it became a Thing, like an expectation, the thing people came to expect from me. I would be completely in character at work during Talk Like  A Pirate Day, collecting pirate books and paraphernalia, even went so far as to join pirate guilds in Los Angeles, and I walked the red carpet at the Hollywood world premiere of Pirates 5, as the relative of a friend was the person who planned that premiere. (I’m not sure I can top that experience.) I went on to write a spicy pirate romance story for SANA: Interactive Stories, which became one of their most popular series (The Primrose), and I’m in the process of novelizing it now. The pirate love interest in those stories is based on my love interest in real life, with his permission and support.
I will say, though, that for a variety of reasons, not the least of which is the pandemic, I’ve been looking to change the whole pirate image a bit. Showboating that way was fun for a while, but I look back on it and find that it was pretty self-indulgent, and that’s ultimately different from how I would prefer to come across from now on. My new aspiration is to focus more on deeper things that matter to the present: helping and showing care toward others, concentrating more seriously on making work that I’m proud of, and being less of an attention seeker. I recently gave away most of my pirate cosplay stuff. I may want to dress like a pirate some other time, but I only need one outfit for that and not a whole closet and hat rack. I will always be interested in the whole pirate thing but I have other, more important focuses now.
Thank you to Heidi for her time answering these questions. You can find her here on Twitter.
Next week in the hot seat is Josh Schlossberg, the editor of The Jewish Book of Horror. See you then!