It’s GenCon week, which makes it the perfect time to talk to the legendary Matt Forbeck. A game designer, best-selling author and all-around nice guy, Matt has untold credits to his name. Here, without delay, is his Five For Writing: 1-What’s it like to have written literally all the things?

I find that I haven’t quite written all the things, but the things that I haven’t written get harder to reach. I like to write in all sorts of genres and categories, mostly because it keeps me from getting bored and stale with any particular one, and that (hopefully) keeps my writing fresh and fun — at least to me!

It’s also part of a diversification strategy. If the work or audience for one particular kind of writing dries up, I have others I can tackle instead. It keeps me from having to worry too much more than normal about how I’m going to help feed my kids and <ahem> help put them through college.

2-You’ve written for TTRPG, video games, novels and more. What’s your favorite form, and why?

I like writing in all kinds of formats, and I’d hate to have to actually choose among them. They each have their own strengths. With video games, I get to work with (sometimes massive) teams and watch other folks bring my words to life, but I don’t have much control if any over the final product. With a novel, I get total control over everything, but I don’t get to rely on anyone else’s talents but my own.

Comics and tabletop games make a good balance between those two extremes. I get to work with a small team, and a lot of my vision shows up on the page. Tabletop games can get really complex, though, and require more skills than just writing, which lets me work other parts of my brain. Comics have some of the most stringent parameters. Writing for those is like writing 22-page haikus.

If I had to choose one, I’d probably go with novels, mostly because I like my independence. Video games pay a lot better though!

3-What are the different writing muscles you need to use for your different types of writing?

With video games, you often have to focus on the dialog over everything else. It’s one of the things you have the most control over. You can also wind up writing reams of background information that no one outside of the team ever sees, but they need that so they all know what the end result is supposed to feel like.

That dovetails nicely into tabletop games. With TTRPGs, you don’t have to worry about the dialog much at all, but you focus on that worldbuilding instead. You need to give the game master all the information about how things work so they can make decisions on the fly that ring true to the world they’re playing in.

Novels and comics require you to deal with worldbuilding, but character motivation and plot are often more important. Dialog helps sell all that and make it sing, but it needs to rest on those other aspects as a foundation.

The key to the whole thing — no matter what you’re writing — is developing a keen sense of storytelling. If you can keep a table of friends engaged with a story over a few drinks, that’s the core talent. You can learn the other skills to move into other flavors of the craft.

4-You’ve brought one of your sons into the family business. What’s it like working with him? 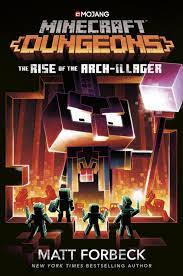 I love working with my son Marty, and my son Patrick is studying video game design in college, so he might wind up joining us at some point too. In addition, Nicholas helped Marty and me out with a TTRPG adventure that should be announced sometime this fall.

Marty is a sharper student of stories than I was at his age. He knows the tropes and references to other media inside and out. Part of that’s him growing up in the internet age, and the rest is his own natural love of stories.

It’s great to work with someone you know so well. You can skip over a lot of the explanations you’d have to offer someone else, and we’ve developed our own kind of shorthand that comes with being part of a tight-knit family.

My wife and I have apparently raised him to be unafraid to question us, and that’s really helpful too. He can skewer one of my lousier suggestions with a simple arch of an eyebrow and a single “Really?”

5-You’re one of the movers and shakers behind the Diana Jones Awards. What trends are you seeing in the tabletop industry that excite you?

The tabletop games industry is more vibrant and pervasive today than ever. The days of having to explain to adults what D&D is are largely over, and I see lots more people from a far more diverse section of the population not only enjoying games but creating them too.

That’s one of the things we’re trying to encourage with the Diana Jones Award. We recently formed into an official nonprofit and are applying for 501c3 status. The main impetus for that is so we can expand our Emerging Designer Program, which aims to bring new game designers to Gen Con to introduce them into and to the larger world of tabletop games.