Gary Astleford has an entry on Wookieepedia, which automatically makes him cooler than I am. He’s also an experienced video game scribe, with experience on titles like Warhammer: Age of Reckoning and Wildstar, as well as the wildly successful Rainbow Six: Siege. Currently a Senior Narrative Designer at my home base of Red Storm Entertainment, he is currently working his mighty wordcraft on The Division: Heartland. Without further ado, I give you Five For Writing with the thoughtful and talented Gary Astleford.

1-What about game writing appeals to you?

2-What do you think are the main differences between TTRPG and video game writing?

Tabletop RPGs have a dynamic edge that computer and video games lack. There’s always a chance for TTRPG players to do the unexpected, so a certain amount of flexibility is required to ensure that things run smoothly. Though printed adventures are often written with a central storyline in mind, it’s not uncommon to provide game masters with alternatives and suggestions for when things go off the rails.

Conversely, the stories told in video games are limited by available tools and game systems. They tend to be linear, scripted, and on rails to a large degree. While improvements have been made developing procedural content, as well as branching dialogue and storylines, we’ve still got some distance to go before we can emulate the dynamism of an imaginative human storyteller. 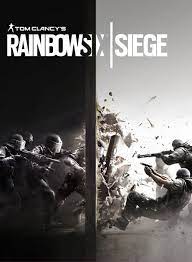 3-What were the challenges in writing for Rainbow Six: Siege, a game that doesn’t necessarily have a traditional narrative structure?

In Siege, the narrative elements are by necessity presented outside of the core game. Siege’s stories incorporate the game’s extensive and evolving cast of characters amidst a narrative backdrop delivered in an episodic fashion. Certain in-game features, such as special events, use a more traditional approach to delivering in-game narrative. However, more dramatic stories and interactions between characters are conveyed via other types of media—CGI and anime videos, comics, online articles, etc.
These various narrative assets are quite focused and specific. One challenge in creating them is to stay on-message, as there is rarely room to write in the proverbial margins. Another concern involves the scope and cost of the assets (which can be tremendous) and ensuring they are as polished as they can be right out of the gate. In this process, Narrative is only one of a number of key stakeholders involved in the creative process. Consensus and agreement across disciplines during production is vital.

4-What says good game writing to you?

I value internal consistency in game writing, as well as due consideration of the player’s agency and their role in and effect on the story. Players should absolutely feel as if their actions in the game make a difference. Providing tangible results for those actions is an important part of my own creative philosophy. While I don’t feel it’s necessary for all player actions or accomplishments to be broadcast or rewarded, there’s definitely a sweet spot I aspire to.
Beyond that, content should be internally consistent—any surprises or plot twists must make sense within the framework provided by the game’s narrative.

5-What are the next steps that need to be taken in improving game writing?

As creators I believe it’s our responsibility to usher in new perspectives rather than cling to those we’re
familiar with and accustomed to. While strides have been made in increasing diversity in games, we still
have a long way to go. Representation, both within our industry as well as within the content we create,
matters a great deal. There are voices we haven’t heard yet and they have their own stories to tell. The
inclusion of these voices can only improve the narrative tapestry of the games we make.

Many thanks to Gary for taking the time to sit down and answer the questions! Next week, tune in for five questions with science fiction novelist and all-around excellent guy Jay Posey!