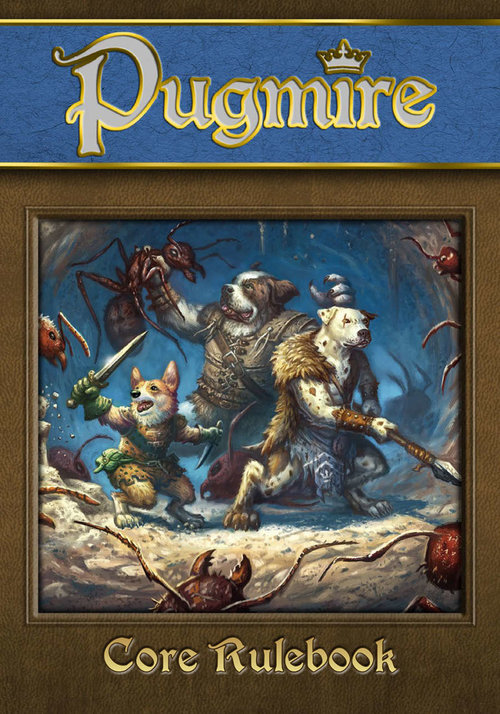 Welcome back to another edition of Five For Writing. This week’s interviewee is award-winning game designer and writer Eddy Webb. The maestro behind Pugmire, Eddy has worked on an insanely wide variety of properties and has the trophies to prove it. He’s also been a standard bearer for accessibility in games, and contributed an essay to Transgressive Horror, a new collection of essays on horror movies that broke the rules. Without further ado, here’s Five For Writing with Eddy:
1-What was the inspiration for Pugmire?
It was a combination of things. Like many tabletop gamers my age (i.e., someone who grew up on D&D in the 70s and 80s), I always had visions of writing my own sprawling epic fantasy world that I could run my friends through. The one big problem I kept running into was that I found a lot of fantasy settings more work than fun. It felt like I would have to read fifty pages of “and then king so-and-so defeated the army of blah-de-blah” before I could even make a character. As such, it sat in the back of my mind for a long time.
Then, one day around 2014 I was walking my two pugs Puck and Murray, and I noticed their different behaviors. Puck was very friendly with little fear, while Murray was more contemplative and reserved. So, being the geek I am, I started comparing them to D&D classes. My mind started spinning on the idea: how much of dog behavior could I map to Dungeons & Dragons? Turns out, it worked surprisingly well.
From there, I knew I had something. Early on I wanted it to be more science-fantasy instead of pure fantasy, as someone who was a fan of things like Gamma World, Thundarr the Barbarian, and Tom Baker’s era of Doctor Who. So, making the world of Pugmire the distant future instead of a mystical past was not only an easy decision, but something that helped the rest of the world snap into shape in my head. From there, it was the challenging work of making the thing! 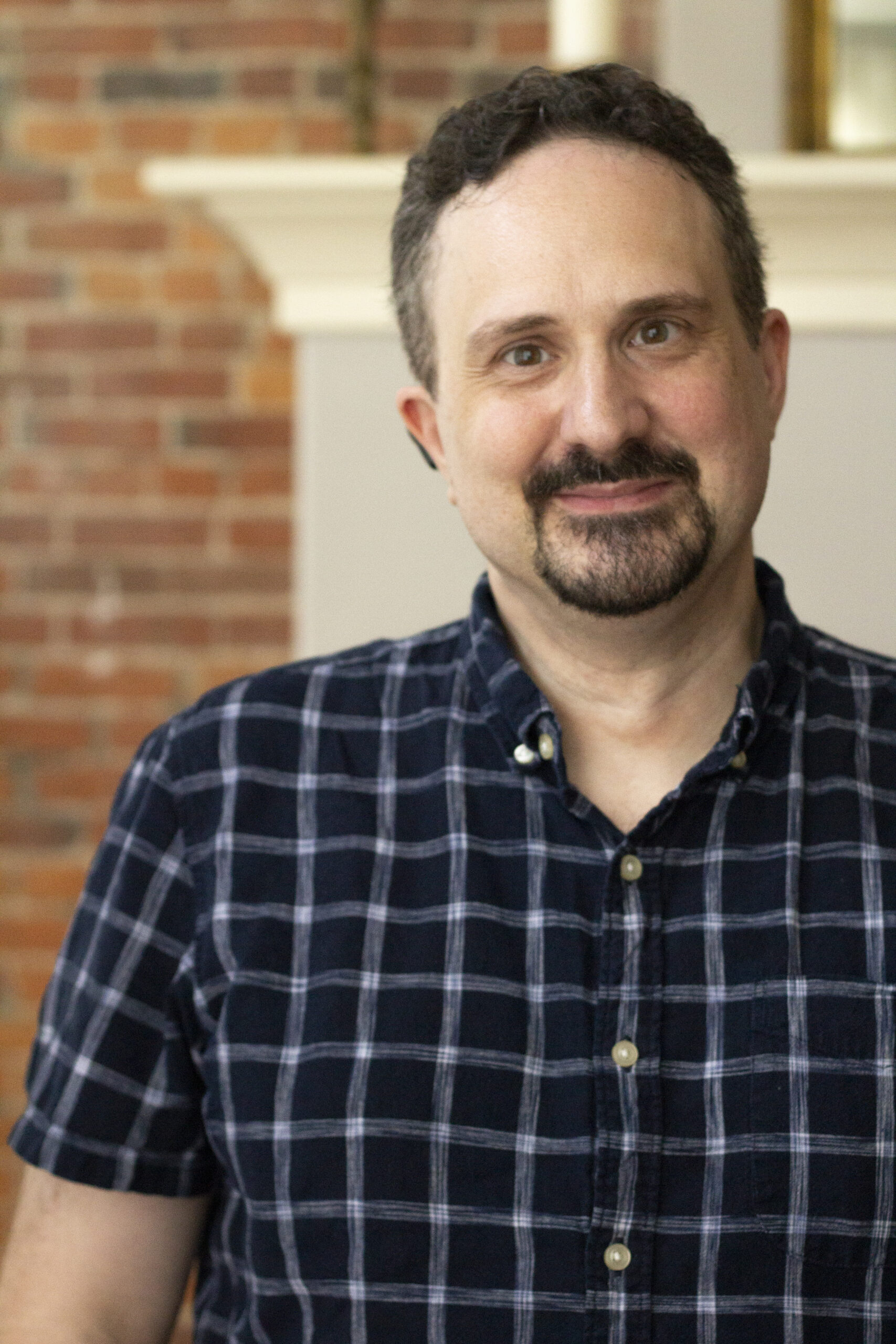 2-You’ve carried the banner for accessibility in gaming. How are you carrying on that fight?
On a couple of different fronts. As someone with hearing loss, I find that it’s a disability that a lot of game companies don’t think to design for aside from “well, we’ve already added subtitles.” So when I’m able, I offer resources and consultation to help add accessibility tools to games. A lot of times, accessibility features are things that even abled gamers like to have too!
More commonly, though, I work by trying to include disabled folks in my stories as much as I can. And not in the “oh it’s so inspiring that they can overcome their challenge” kind of bullshit, either — people with hearing loss can be badasses, too! It’s why I was so excited with the inclusion of Amaya (a deaf warrior) in Netflix’s The Dragon Prince, and I’m excited that it seems like Hawkeye will have hearing aids in the upcoming Disney+ show. But I can only name a handful of cool, exciting protagonists that are deaf or hard of hearing — more often, they’re support characters or (even worse) the butt of jokes. So I try to naturally include disabled folks where I can.
Since I work in tabletop RPGs, I also work with other disabled writers and creators to helped abled folks authentically and respectfully portray disabled people. Giving advice and guidance on that front not only keeps abled folks from inadvertently being offensive, but also shows that we can be dramatic and interesting characters to portray, too!
3-You’ve won a fistful of gaming awards. How does it feel to be recognized at that level for your work?
Weirdly, it doesn’t really register. Most of the time I don’t even realize it’s happened — someone will point it out to me, and I’ll go “oh, neat! That’s cool” and move on. A lot of the time, winning an award doesn’t move the needle on my day-to-day life: I don’t get more money, I don’t sell more games, and I don’t get asked to talk at more conferences. But it’s something nice to put on my resume.
There’s one exception to that: The Robin D. Laws Innovation Award. That’s one where they flew me out to a nice dinner where I got the plaque, which I still have today. It was in recognition of my work in helping to push the tabletop RPG industry in terms of digital and print-on-demand production, something that’s a standard in the industry now. I still remember that award even ten years later.
4-Over the years, you’ve worked on a variety of properties. Which was your favorite, and why?
It’s hard to pick just one. A lot of them were fun to work on, and it seems like my answers change with each new opportunity. Right now, I’m excited to have worked on the official Transformers RPG, because not only has that property been a huge part of my life, but also, I’ve felt the lack of an official RPG was a huge gap — I even ran a homebrew game of it for my friends back in 1999!Similarly, it was a huge thrill to work on and then ultimately manage Vampire: The Masquerade, back when I was handling the 20th Anniversary Edition line. I’ve always had a fondness for the World of Darkness, going back to 1992, so having the opportunity to work on and shape such a property remains something I’m proud of. On the other hand, I really liked working on a Futurama mobile game, because I not only got to work directly with Patric Verrone who worked on the original show, but also with Dave Grossman of Monkey Island fame. I felt like a roadie in a room full of rock stars, but I learned so much about writing comedy from those two, and I’ll be eternally thankful to them for that, even if the game itself has sadly crossed over the rainbow bridge into “unprofitability.”
I dunno. Ask me again in a few months. I’ll probably have different answers for you!

5-You’re an avid Sherlockian. What’s the appeal of the Holmes mysteries for you?

It’s a couple of things. On the one hand, Sir Arthur Conan Doyle had an amazing gift for description — even though his stories were written over a century ago, the flavor and pace of the stories still resonate even today, and even a casual reader can still pick them up and enjoy them. So as a writer, I have a deep appreciation for how effortless his prose feels compared to his contemporaries.
But more than that, I love the relationship between Holmes and Watson. You don’t have many friendships in fiction between two men who just fully and completely respect each other. Granted, Holmes and Watson were curtailed by the social norms of Victorian society, but that didn’t stop them from caring about each other on a deep level. And since the stories are written from Watson’s perspective, his nature as an unreliable narrator gives you peeks and clues as to the real dynamic between them. It’s a lot of depth and texture — so much that Sherlockians like me are still picking it apart 125 years later.
And right now, there’s a veritable explosion of Sherlockian creativity. There are, of course, floods of new stories in the classic mode of Doyle’s prose, but there are also so many imaginative remixes on the concept. I often joke that one of my favorite takes is the cartoon Sherlock Holmes in the 22nd Century, because it’s just so audaciously gonzo, but there are also really compelling takes like a queer cyberpunk take in “A Study in Honor” by Claire O’Dell, or a modern spin featuring black men like “IQ” by Joe Ide. It all goes back to that relationship between two very different people who both want to do the right thing and drag horrible secrets into the light of day.
Big thanks to Eddy for his thoughtful answers! You can find him on Twitter at @pugsteady and at his site. You can find out more about Pugmire at RealmsofPugmire.com. Next week, I’ll be interviewing an up and comer on the horror scene, Bridgett Nelson. See you then!
Posted in Five For Writing, Game Writing, Interview and tagged accessibility in gaming, Dr. Who, Eddy Webb, Gamma World, hearing loss, Pugmire, Sherlock Holmes, tabletop RPGs, Thundarr the Barbarian, Transformers.