There are rules lawyers, and then there’s Fred Wan, who wears two hats as a talented game writer and as an actual lawyer. A core part of the storytelling team for Legend of the Five Rings over many years, he brings his wit, wisdom, and charm to Five for Writing 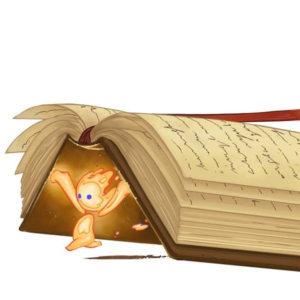 1-What’s the overlap between your day job and your writing?

There is simultaneously a lot of overlap, and no overlap at all, between legal writing and gaming/fiction writing.

The big point where the two don’t overlap at all is that real life doesn’t try to create a narrative—we as people do. A case might have evidence missing, odd events that don’t match the overall pattern of behavior, or a weird hodgepodge of facts that defy being summarized in a just a few lines. Additionally, in fiction, I can create facts to fill my design and narrative objective—whereas in real life, I have to work with the evidentiary
record that’s on hand.

But having said that, a lot of techniques and frameworks translate between both disciplines. The idea that each component in a piece of work needs to both stand alone and contribute to the themes of the work as a whole rings true in all my writing. Ultimately, effective communication requires me to know what messages I want readers
to take away from my work. The choice of what I passages and images to put in to my writing—be it a legal document, short story, character dialogue bark, or set of tabletop rules–needs to be informed by what I want to emphasize and what I want a reader to take away.

2-You were part of the story team for Legend of the Five Rings for an impressively long time. How did that collaboration work?

A lot of my L5R work required me to be in tune with what various stakeholders were doing, what they wanted, and how they were doing it. I was the liaison between the Brand team, the CCG Design Team, the RPG Design team, the Story team proper, and the playerbase as a whole—because of the unique nature of L5R as a brand, the
players were active stakeholders in how the games and universe developed. Each had different objectives, and each had different tools and techniques to accomplish those objectives.

Collaborating in that environment meant listening to each, understanding what they wanted, then translating that into terms and concepts that other stakeholders could understand and implement. L5R—like any multidisciplinary or multi-stakeholder setting—needs people who are functionally multilingual.

3-Your work has crossed over between CCG and TTRPG releases. How do you balance the two?

In general, my philosophy was that both product lines described the same universe using different languages. So the issue wasn’t “balancing” them per se, but trying to make sure that the same characters, factions, and conflicts were narratively consistent even though they were being described in two different games. The equilibrium point
wasn’t trading one off against the other, but trying to make the concepts and stories be mutually supportive.

Where conflict or inconsistent portrayals were unavoidable, I tried to have the CCG and TTRPG point at specific geographic locations or time eras that were different—“this is true of THIS part of the Empire, covered by this expansion in the CCG, but might not be true of THAT part of the Empire, covered by this TTRPG supplement”. However, there was also an element of players each having their own takes on what the themes of in-game Clans or the setting as a whole should be, and that different players wanted different things from the brand, and different proportional influence from the CCG and TTRPG. My team and I often asked ourselves “ok, we can’t fully satisfy everyone, but can we satisfy most or all reasonable requests?”. I’d like to think we managed to do that most of the time, if never perfectly.

4-What says good tabletop RPG writing to you?

I’m of the view that in a good TTRPG game session, the players and GM collectively and corroboratively tell a story. The details, tone, and flow of that story should be responsive to what they all want. A TTRPG is ultimately a game where everyone involved is responsible for making the session welcoming, fun, entertaining, and
hopefully thought provoking for all participants.

Good TTRPG facilitates that. The narrative portions should help the group determine what kinds of stories the setting is best placed to tell. The rules should support the feel of the universe it is set in. Ideally, the game even helps explain how the rules help tell the story, and why*.

Ultimately, a TTRPG ruleset is a set of tools. Great tools help the playgroup accomplish what they want to do, efficiently and cleanly. Different playgroups want different things. Good TTRPG writing knows who it’s target audience is, and fulfills their needs. Ideally, they also say something about us, and our relationships with each other and the world.

*For example, the Hit Point system in D&D implies that even a badly wounded, tired PC can still function at full ability. That implies that D&D is more high fantasy, more heroic, than a system where someone who is badly hurt performs worse.

5-Where do you think the form (TTRPG) is going from here?

I think we’re going to be seeing much more meta-examination of the norms and assumptions that were baked into early RPGs. Implicit norms, such as bioessentialism, are currently the topic of discussion by many designers. We’ve got a generation of players and devs who grew up with games, have high game literacy, and are fluent in the languages of the various major settings and rulesets on the market. Now we’re seeing people look at TTRPGs critically, not just to point out what’s bad, but to identify what could be better—and many of them are rightly demanding those changes.

That process of improvement is not without its own flaws, because changes often have problems of their own, but I genuinely believe that we’re working towards TTRPGs with narrative content that is more consciously written to facilitate storytelling AND avoid accidental problematic aspects, and rulesets that are no more complicated than
necessary, and elegant.

I’m kind of looking forward to what’s coming, and getting used to being surprised.