John Goodrich is a a man who knows what he likes, and what he likes is giant monsters. An authority on kaiju, he’s also an accomplished fiction author, with titles like Hag and 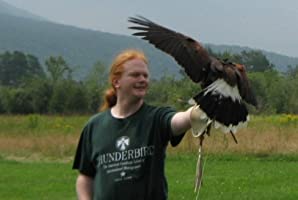 to his credit. He lives in Vermont, which is possibly the last state that Godzilla would destroy if given the chance, and he was kind enough to sit down for five (plus one bonus) questions. Here’s Five For Writing with John Goodrich:

1-Why the obsession with kaiju?
Godzilla made a real impression on me when I was young. Kids live in a world where many people are larger, and stronger than them, with often unguessable motives. So kaiju were very much fantasy fulfillment, someone who was bigger than the adults around me?
1A-What about giant monsters speaks to you?
Their general don’t-give-a-shit attitude in regards to architecture and infrastructure. Also that often, in a film, the very common plot resolution of ‘shoot it’ or ‘bomb it’ doesn’t work, so another plot solution has to be found. 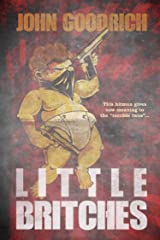 2-Why would a toddler take up a life of crime as a hitman?
When someone, even if they are very young, has a very specific set of skills, how else are they going to earn money? My protagonist was barred from the usual legal gun-using professions. He barred from police work because of the height and age requirements. The same for the military. What choice did he have but to turn to a life of crime?
3-You play a lot of roleplaying games. Has that influenced your writing at all?
Absolutely. Sitting at an RPG session listening to how other people perceive their characters is a great mine for characters who don’t think like I do. Further, my first articles were published in role-playing magazines, and several of my stories have been published by Chaosium, who produce the Call of Cthulhu role-playing game. I’ve learned a lot of history to give my games more credibility, and that often finds its way into my fiction. 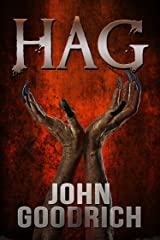 4-You live in Vermont. What impact does that have on your writing?
Leaving New England for eleven years and then coming back has led me to a greater appreciation for this part of the country. New England has a history of hidden sin and judgment, of old stories like Old Slipperyskin, the bear that walks and talks like a man. Also, the summer of 1770 when northeastern Vermont was overrun by a wave of worms that ate all the wheat and corn.
5-You’ve written for a couple of anthologies centered on the Lovecraftian Mythos. What’s the appeal for you?
The unknown. Vampires, werewolves and ghosts have some pretty strict rules about how they operate and can be destroyed. You can defy those rules, and plenty of writers have, but they have to be acknowledged in some fashion. Lovecraft’s creations are a total curve ball, the scary unknown something we don’t understand. There’s a thrill reading something that is that unknown, and a real pleasure in writing something so strange.
That’s all from John. Thanks to him for taking the time to answer! Next week, my interviewee is someone who needs no introduction, but I’ll introduce her anyway – the mighty Mur Lafferty! See you then!
Posted in Five For Writing, Interview and tagged Call of Cthulhu, Five For Writing, Godzilla, John Goodrich, kaiju.