Nicholas Kaufmann is a Stoker, Thriller and Shirley Jackson Award nominated writer. His works include General Slocum’s Gold, Dying Is My Business, and the bestselling 100 Fathoms Below (co-authored with Stephen L. Kent). His newest book, The Hungry Earth, is just out from Crossroad Press. Nicholas was kind enough to take some time to answer the five questions, so without further ado, here is Five For Writing with Nicholas Kaufmann:

1-Your new novel, The Hungry Earth, is coming out from Crossroad Press. Why is the Earth hungry, and will it settle for a sandwich?

It’s very hungry, and I’m afraid one sandwich won’t do! Perhaps one of those overstuffed pastrami sandwiches from New York City’s famed Carnegie Deli might have done the job, but since the deli closed a few years back, we’re all doomed now. In the novel, it’s not the earth itself that’s hungry, but rather something that lives beneath the earth in the small Hudson Valley city of Sakima. This organism isn’t just hungry for food, it’s also hungry for obedience, hungry to be served like a god by its acolytes. It bends and warps the minds of the people of Sakima until their will is entirely dominated by it. It’s up to Sakima’s part-time medical examiner, Dr. Laura Powell, to figure out what it is and try to stop it before its influence spreads outside the city’s borders. But like all living organisms, it hungers for food too, and after a short time those who serve it face a grisly fate. There’s a lot of body horror in this novel — more than I intended, I think, since I originally set out to write a straightforward science thriller, but I’ve been a horror writer for so long it couldn’t help but seep into this novel as well. The Hungry Earth turned out to be one of the most gruesome things I’ve written!
2-How has the COVID pandemic affected your writing?
I actually wrote The Hungry Earth while stuck at home in 2020. No one was more surprised about that than me! I think it took my mind off the tragic and frightening state of the world to write something that was…tragic and frightening. Interestingly, because Laura Powell is a doctor, there’s a lot of discussion and description of personal protective equipment (PPE) in the novel, including N95 masks, so the pandemic found its way into the story anyway. I’m working on the next Laura Powell novel now, tentatively titled The Stone Serpent, but the fact that the pandemic is still going on has definitely taken a toll on my writing. I’m finding it harder to concentrate on this one, which is something I know a lot of writers (and other creative artists) are going through right now. Taking it easy on myself and not forcing myself to write has been beneficial for my sanity.
3-In a previous life, you managed a bookstore. Has that experience impacted how you approach writing?
Owning and operating my own independent bookstore back in the late 1990s was quite an experience, although not always a positive one. On the one hand, I had difficulty with my business partner, who was prone to explosive rages; the publishers and wholesalers didn’t give a damn about our tiny story, even though stores like ours were the ones keeping their backlists alive; and most of customers moved away after the first year because the local rents got too high, so in the end we only lasted two years. On the other hand, I loved meeting and interacting with readers in the neighborhood. We helped create several book clubs among our customers, some of which continued on long past the store itself. While it was a mixed bag overall, I wouldn’t give up the experience for anything. I learned a lot from it, mainly about the publishing and bookselling businesses, although not so much about writing. After all, some bestsellers are beautifully written, and others are clunky and sloppily written. A successful book isn’t always about how well written it is, but rather how much time, effort, and expense the publisher puts behind it. Most authors don’t get any push at all from their publishers, and that’s one of the main reasons why so many books fail to find their audience. 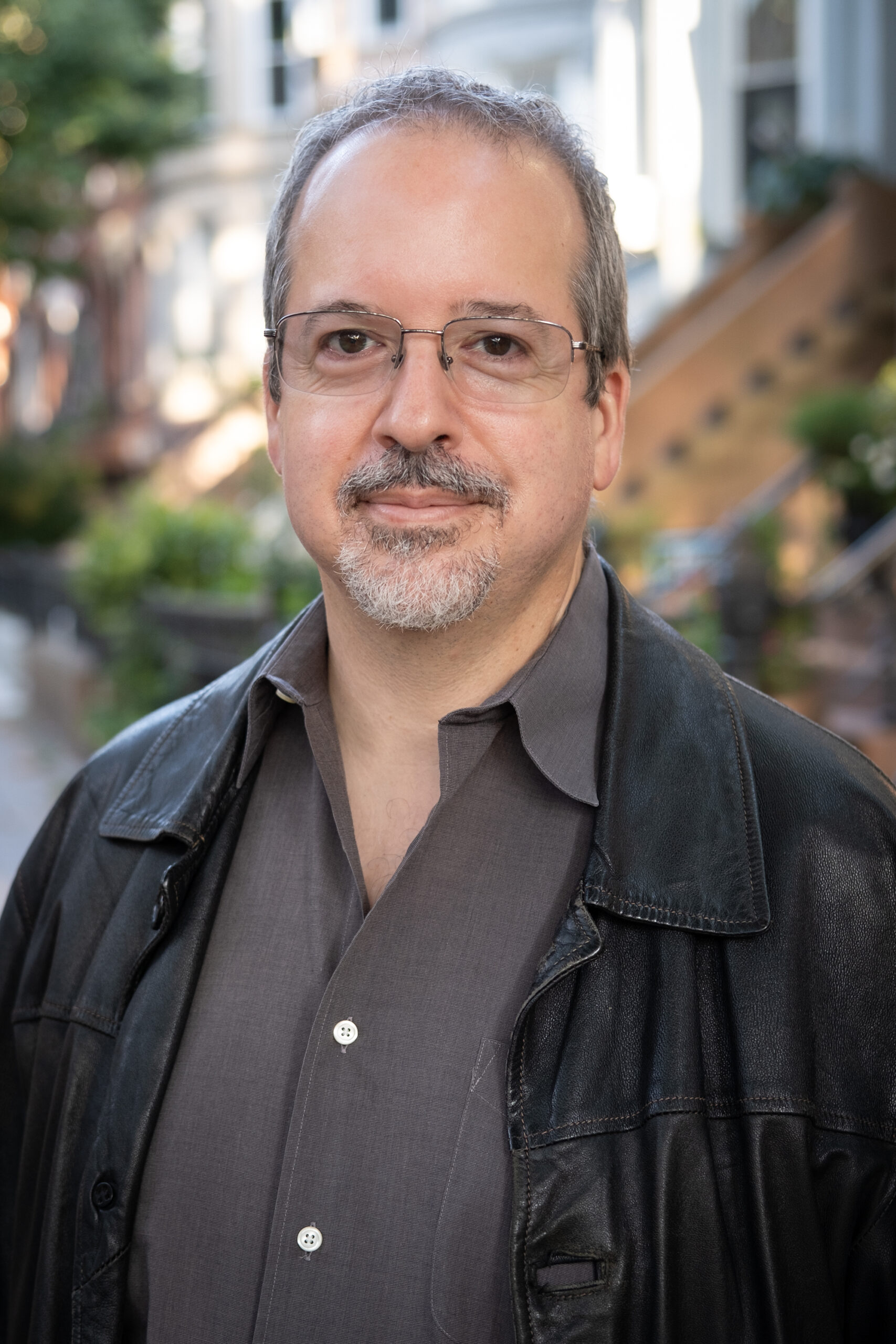 4-Is living in New York conducive to writing horror?
Yes, it is, absolutely! Sometimes just riding the subway can be a horror story, or walking back from a nice dinner with friends only to have enormous rats run across the sidewalk in front of you! But more importantly, I think New York City makes for a great setting for horror (and really for any genre). The city is alive with culture, business, music, art, all kinds of people, and some truly amazing architecture. I decided to set The Hungry Earth in a small fictional city in the Hudson Valley because I needed the setting to be intimate and isolated, but I love New York City as a setting. That’s why I used it as robustly as I did in my urban fantasy novel Dying Is My Business and its sequel Die and Stay Dead. I’ve lived in this city most of my life, I know it inside and out, and yet I’m always discovering more cool and interesting new places off the beaten path. So much of horror is set in small towns and suburbs, but I love horror in an urban setting and plan to write more NYC-based horror soon.
5-What do you see as horror’s role on the literary landscape?
I think what horror has to offer its readers is a heightened reality, a more grounded sense of the fantastic than the fantasy genre usually offers. Even horror without the presence of the superature tends to be heightened, usually through its depictions of violence or gore. I think horror also offers us a way to confront our fears from a safe distance. We know what we’re reading isn’t really happening, so we have that distance to buffer us while we’re given the chance to face and defeat it through the actions of the characters. This gives horror an important role in the literary landscape. But you know what? Horror can also be a lot of fun, which is probably why it remains my favorite genre!
Many thanks to Nicholas for sitting down for these questions! You can find him online at his website, as well as on Facebook, Twitter, Instagram, Goodreads, and BookBub.
And if you’re looking for The Hungry Earth it’s available from Amazon, Barnes & Noble, Powell’s and IndieBound.
Tune in next week when I’ll be doing five questions with the master of humorous horror, Jeff Strand. Until then…
Posted in Uncategorized.